Deposits currently being mined or developed in the area include:

Nearby districts of Tonopah, Goldfield, and Bullfrog (near Beatty, NV) accounted for historical production of more than 8.3 million ounces gold and 143.5 million ounces of silver. 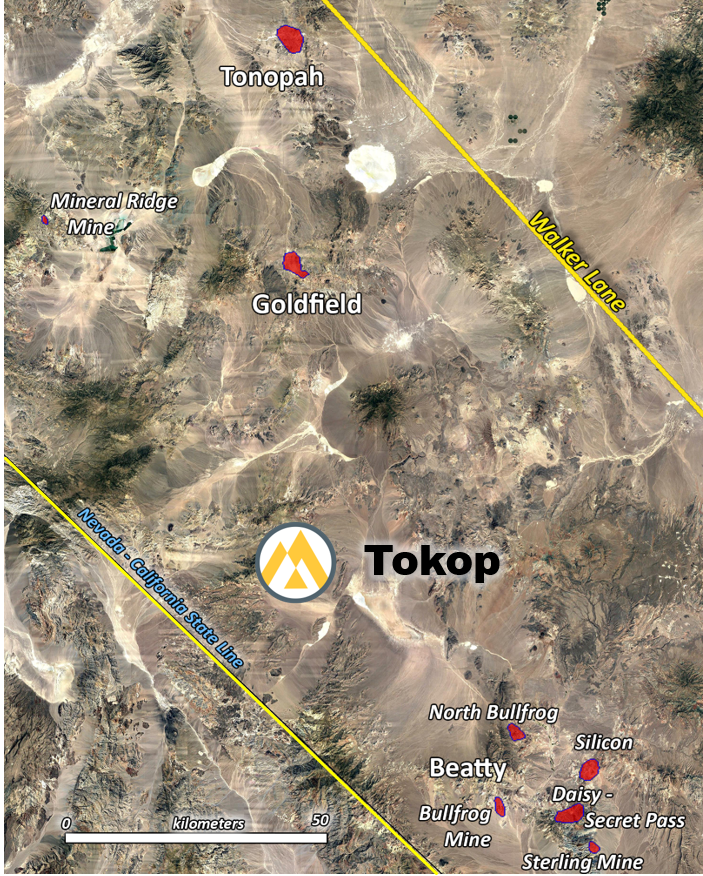 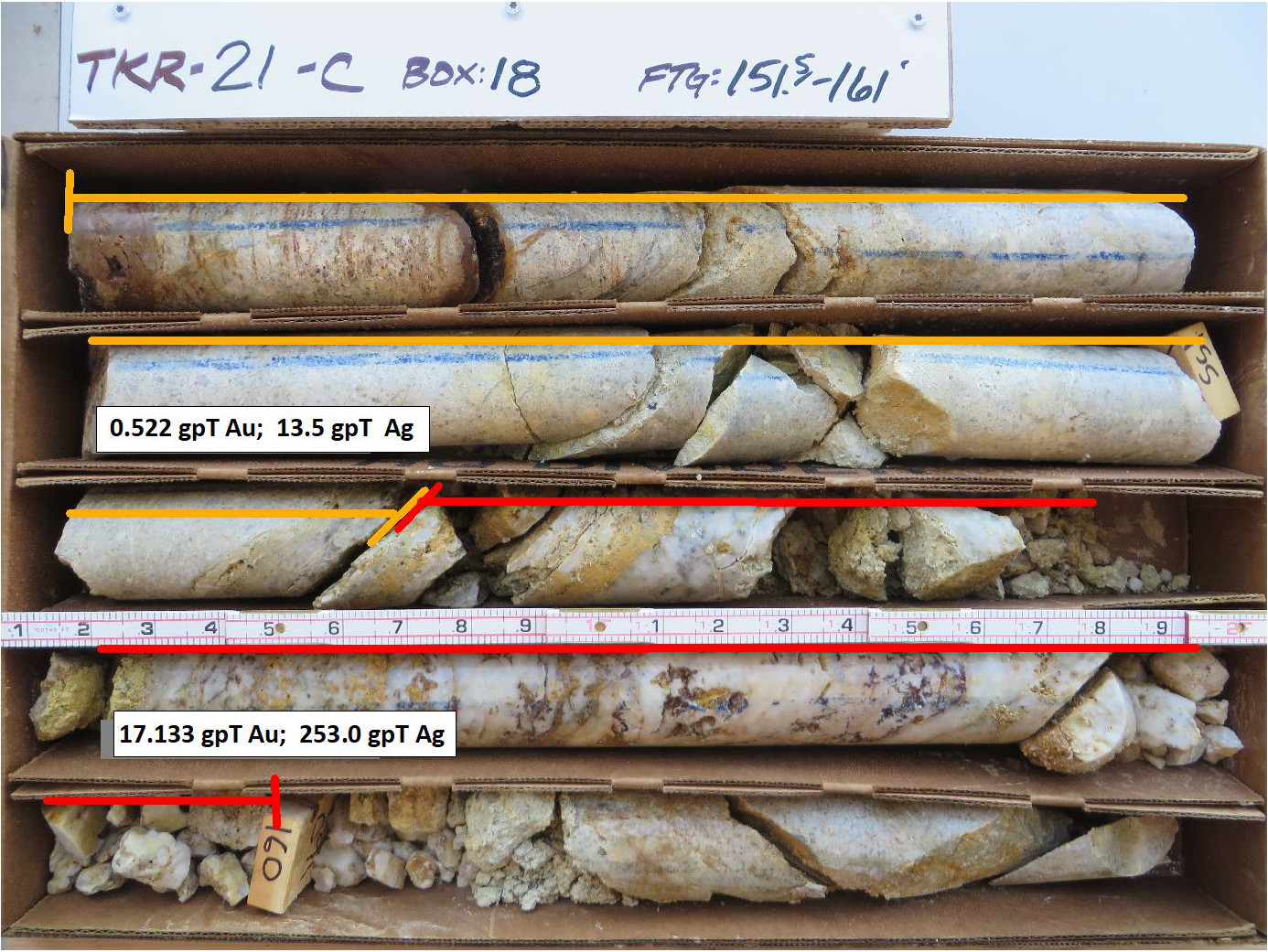 Riley Gold’s initial HQ3 (oriented core) 18-hole drill program was designed to test and confirm the limited historical drilling relative to known vein sets mapped over 1.5 kilometers (“km”), as well as vein orientations in the sub-surface. Drilling is targeting gold mineralization in granitoid rocks of the Sylvania Stock, a late Jurassic to early Cretaceous multi-phase, reduced, calc-alkalic pluton. The stock intrudes carbonate sediments of the pre-Cambrian Wyman formation. Recent surface rock sampling revealed mineralization up to 71.73 gpt gold and up to 970 gpt silver in sheeted quartz veins, stockworks, and shear zones within the granites. Jasperoids along structures in the carbonates have yielded gold mineralization of several grams per tonne, up to several hundreds of meters away from the intrusive contacts. The initial surface rock sampling program extended 1.8 km from NW to SE and 3.6 km SW to NE. The high-grade results and geographic extent of the initial Riley Gold sampling program indicates that many untested areas exist within the Tokop project area of nearly 25 square km. The first round of drilling is focussed on one such area of interest comprising just 0.5 square km.

The exploration program is being led by Charles Sulfrian, Exploration Manager for Riley Gold who has more than 40 years of experience as an exploration geologist. In addition to the drilling highlighted above, Riley Gold’s 2020/21 exploration program has included mapping, sampling and geological review and interpretation of previous work conducted at the Tokop Gold Project. Initial surface rock samples announced on December 17, 2020, included up to 16.1 grams per tonne (“gpt”) gold and 105 gpt silver.  The remaining surface rock samples (additional 116 samples) taken by Riley Gold have returned assays, from trace to significant high-grade material up to 19.3 gpt gold and 970 gpt silver (see below for highlights and Figure 1). Additionally, and after further review of previous work conducted at the Tokop Gold Project, including reviewing logs and chip samples pertaining to previous drilling on the Tokop Gold Project, the Company identified visible gold (“VG”) from its panning of some samples taken in outcrops or dumps (Figure 3).

Gold assay results for a total of 125 rock samples have been received as part of a preliminary mapping and sampling program focused on new structural (Figure 4) and geologic interpretations of the intrusive-hosted gold mineralization at the Tokop Gold Project.  As well, new sampling has confirmed historical surface sample results and, in some places, discovered new areas requiring additional work.

[1] The Company notes that these selected samples are not necessarily representative of the mineralization hosted on the Project.  Limited drilling has been completed within the Project.

Additional geochem analyses included silver and multi-element analyses, where samples returned appear to show correlation between gold and bismuth, tellurium, arsenic, mercury, and some base metals. These results echo prior sampling and reinforce our initial concept of the Tokop Gold Project being a Reduced Intrusion-Related Gold System (“RIRGS”), genetically similar to Fort Knox in Alaska (>8.0 M oz gold produced through 2020) and Dublin Gulch/Eagle Mine, in the Yukon Territory of Canada (M & I resource of ~2.98 M oz gold, 2011 Feasibility Report).

At the Tokop Gold Project, gold mineralization occurs within veins, stockworks and shears in an apophasis of the Sylvania Stock, a late Jurassic to early Cretaceous multi-phase, reduced, calc-alkalic granitic pluton. The stock intrudes carbonate sediments of the Pre-Cambrian Wyman formation. Near the intrusive contact, thin zones of garnet/pyroxene skarn and hornfels are common. Faults, veins, and jasperoids may contain several gpt gold in the altered carbonates up to several hundreds of meters away from the intrusive contacts. To date, grades within the vein systems sampled ran as high as 34.4 gpt gold and 970 gpt silver (historical and current sampling). 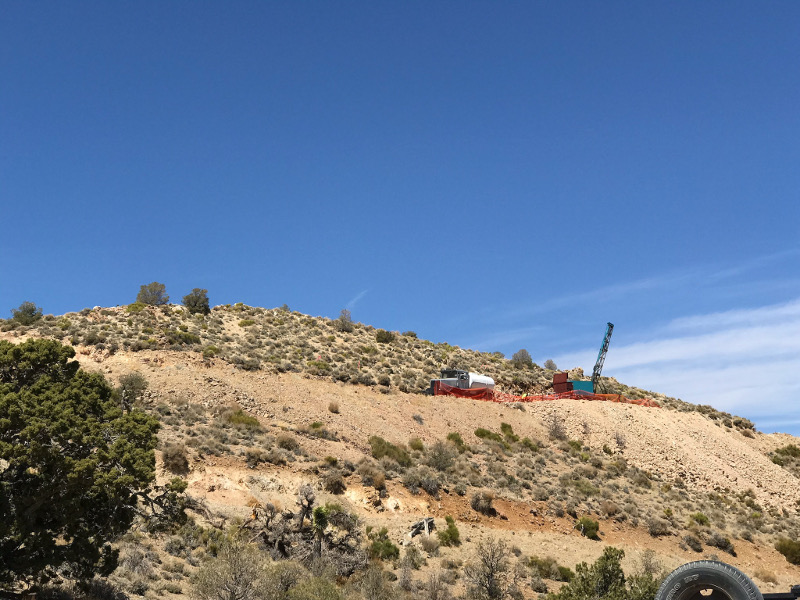 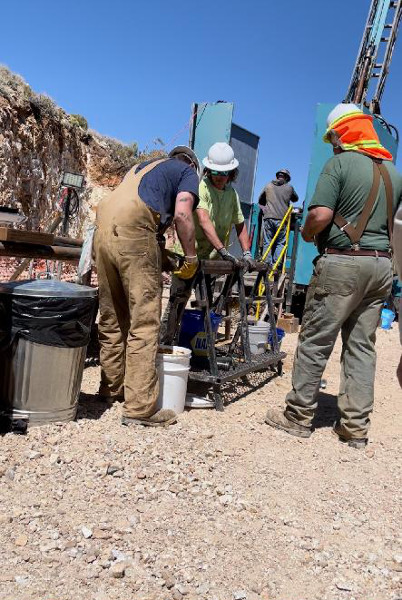 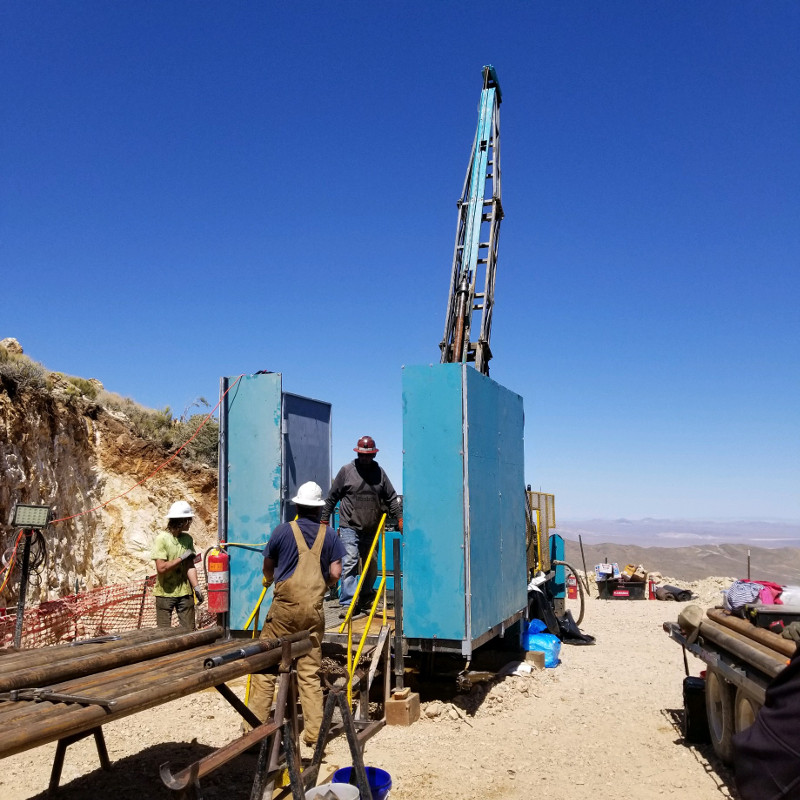 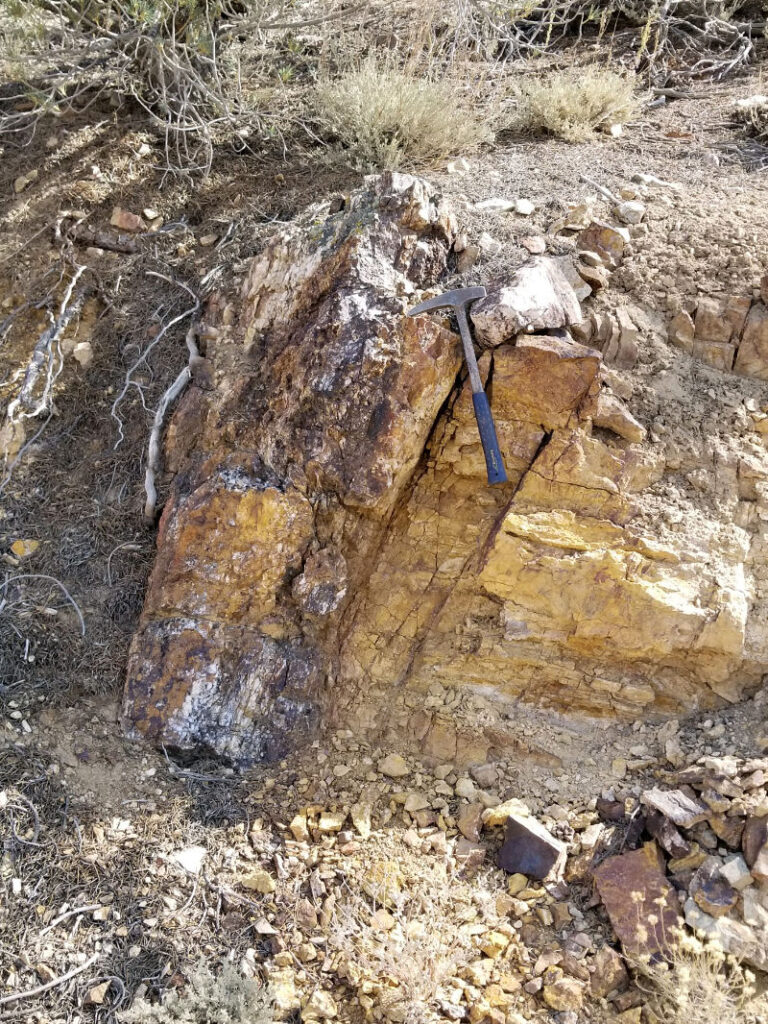 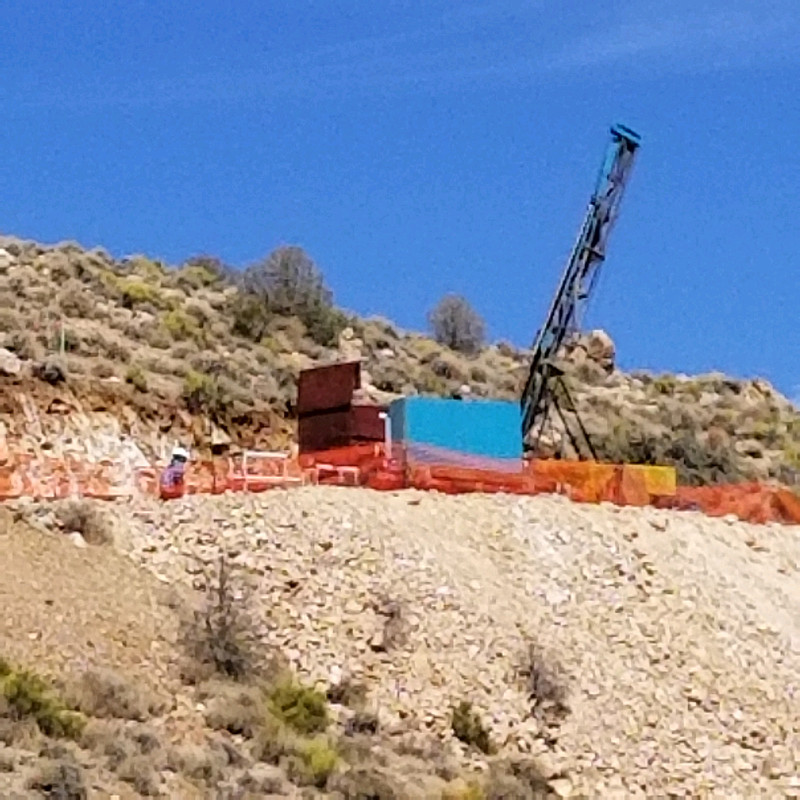 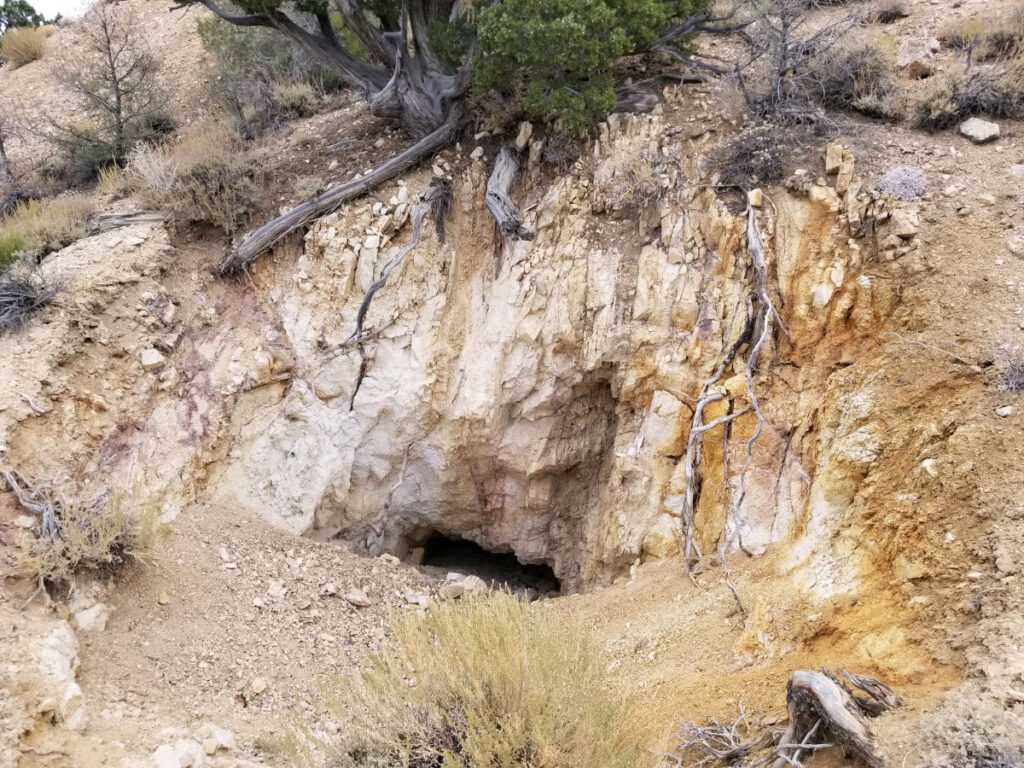 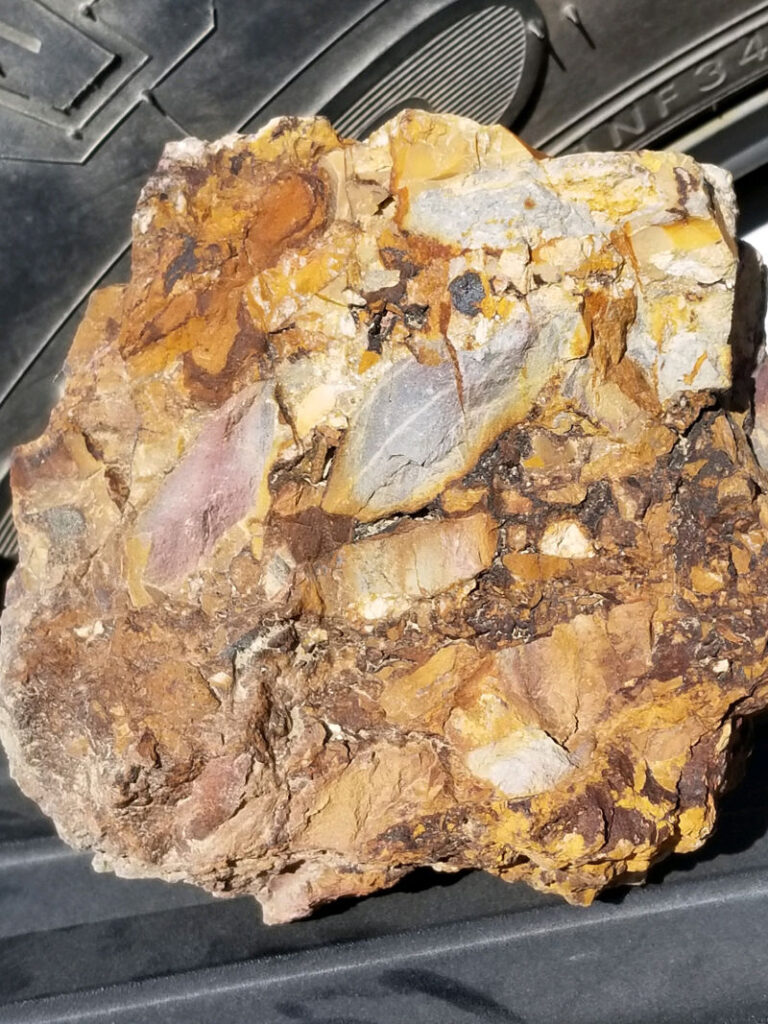 At Tokop, gold mineralisation is hosted in intermediate granitic rocks, similar to that being mined at the Fort Knox Gold Mine near Fairbanks, Alaska. Higher grade gold is hosted in shears and closely spaced veins within granitic rocks.

Trench sampling away from drilling has returned values including 18m of 1.94 g/t gold. Mineralization is open in several directions.