To date, Riley Gold’s 2020/21 exploration program has included mapping, sampling and geological review and interpretation of previous work conducted at the Project. Initial surface rock samples announced on December 17, 2020, included up to 16.1 grams per tonne (“gpt”) gold and 105 gpt silver.  The remaining surface rock samples (additional 116 samples) taken by Riley Gold have returned assays, from trace to significant high-grade material up to 19.3 gpt gold and 970 gpt silver (see below for highlights and Figure 1). Additionally, and after further review of previous work conducted at the Project, including reviewing logs and chip samples pertaining to previous drilling on the Project, the Company identified visible gold (“VG”) from its panning of some samples taken in outcrops or dumps (Figure 2).

Todd Hilditch, President and CEO of Riley Gold commented, “We are very pleased with the additional results of our surface sample program at Tokop. These results demonstrate grade potential for both gold and silver at Tokop, as well as size potential of the mineralized system with surface rock samples extending 1.83 km from NW to SE and 3.62 km SW to NE. The results from the sampling program have confirmed the locations for our drilling campaign which is due to start within the next 7 days.”

Gold assay results for a total of 125 rock samples have been received as part of a preliminary mapping and sampling program focused on new structural (Figure 4) and geologic interpretations of the intrusive-hosted gold mineralization at the Project.  As well, new sampling has confirmed historical surface sample results and, in some places, discovered new areas requiring additional work. 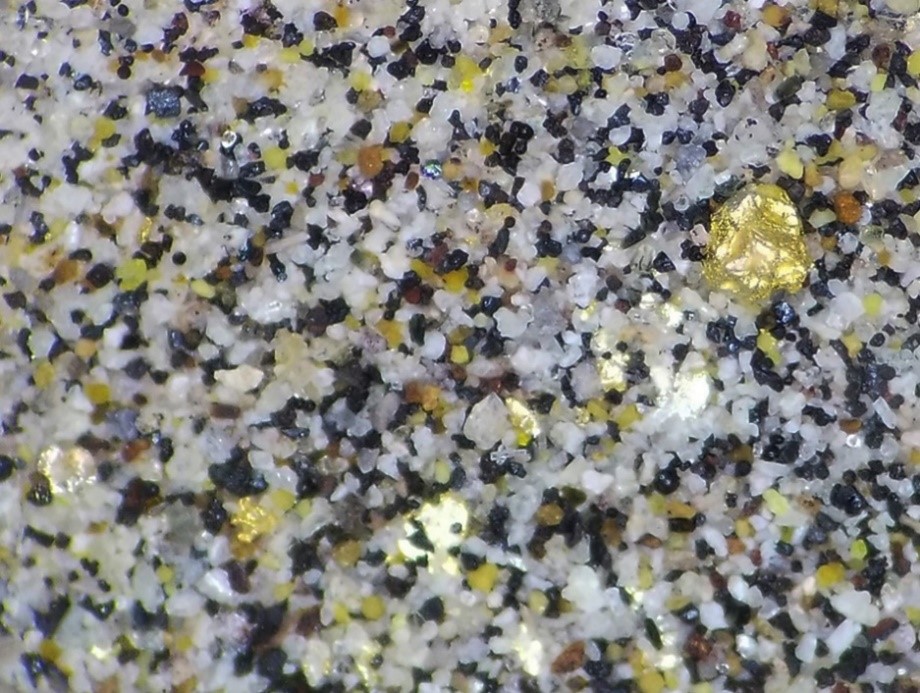 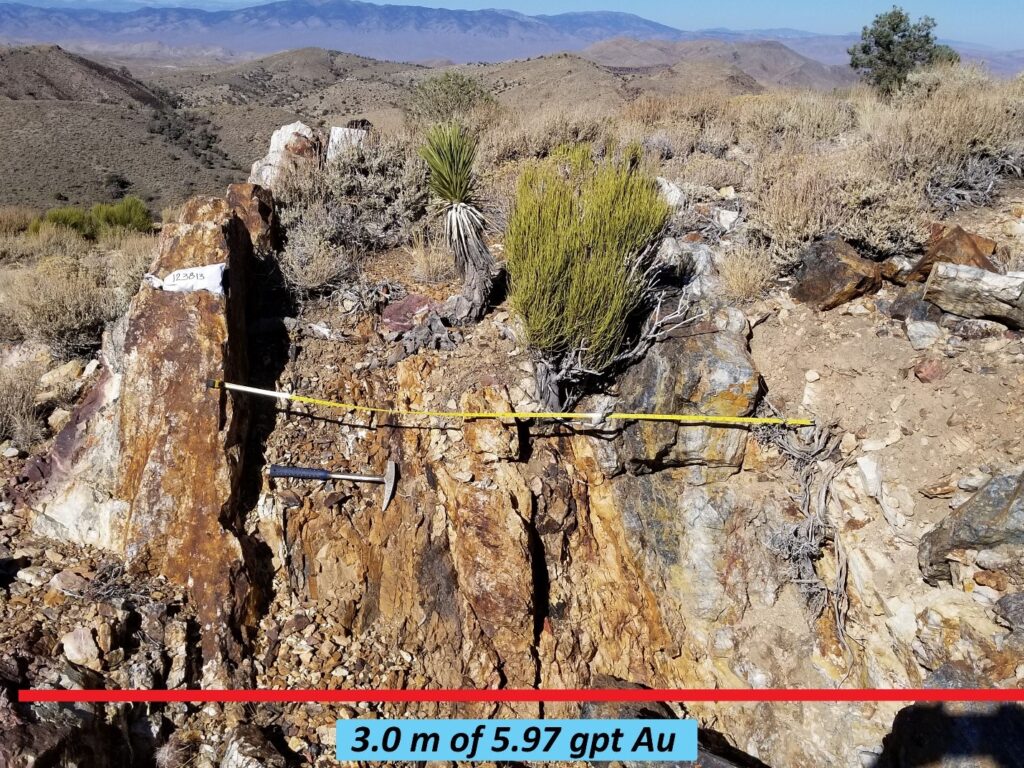 Additional geochem analyses included silver and multi-element analyses, where samples returned appear to show correlation between gold and bismuth, tellurium, arsenic, mercury, and some base metals.  These results echo prior sampling and reinforce our initial concept of Tokop being a Reduced Intrusion-Related Gold System (“RIRGS”), genetically similar to Fort Knox in Alaska (>8.0 M oz gold produced through 2020) and Dublin Gulch/Eagle Mine, in the Yukon Territory of Canada (M & I resource of ~2.98 M oz gold, 2011 Feasibility Report).

At Tokop, gold mineralization occurs within veins, stockworks and shears in an apophasis of the Sylvania Stock, a late Jurassic to early Cretaceous multi-phase, reduced, calc-alkalic granitic pluton.  The stock intrudes carbonate sediments of the Pre-Cambrian Wyman formation.  Near the intrusive contact, thin zones of garnet/pyroxene skarn and hornfels are common.  Faults, veins, and jasperoids may contain several gpt gold in the altered carbonates up to several hundreds of meters away from the intrusive contacts. 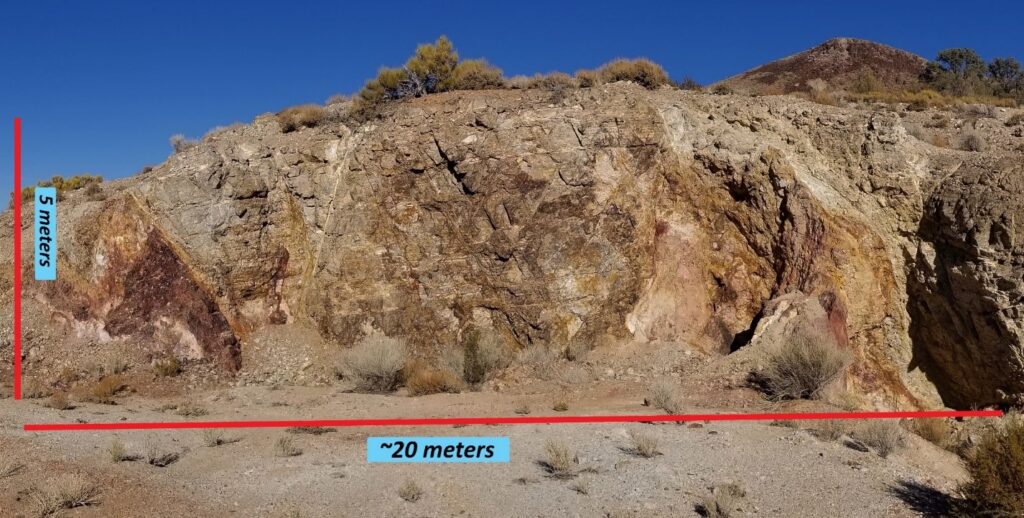 The Project potentially hosts a RIRGS, similar to large mines in the Tintina Gold Belt of central Alaska and contiguous parts of the Yukon.  The best known and most economically important of these include the Fort Knox and Pogo gold mines in Alaska and the Eagle Mine of the Dublin Gulch Properties in the Yukon. At Tokop, similarly to those mines, sheeted quartz veins in a multi-phase, reduced, calc-alkaline granitoid intrusive, coupled with widespread hydrothermal alteration, may host gold mineralization of significant potential.  Shear-hosted veins have been noted to extend for nearly two kilometers along strike at Tokop.  To date, grades within the vein systems sampled ran as high as 34.4 gpt gold and 970 gpt silver (historical and current sampling).

Riley Gold is a mining exploration and development company focused in Nevada, USA.  The Company’s primary focus is on its two cornerstone assets: the Tokop Gold Project located within the Walker Lane Trend and the Pipeline West/Clipper Project located in the Battle Mountain Eureka Trend.  Riley Gold’s founders and leadership team have a proven track record of maximizing shareholder value during each phase of the mining life cycle: exploration, development, and production.

This news release has been reviewed and approved by Charles Sulfrian, CPG., Consulting Geologist, of Riley Gold and a ‘qualified person’, as defined by National Instrument 43-101, Standards of Disclosure for Mineral Projects.  The Qualified Person has not completed sufficient work to verify the historic information on Tokop, particularly in regards to the historical drill and chip sample results. However, the Qualified Persons believe that drilling and analytical results were completed to industry standard practices. The information provides an indication of the exploration potential of Tokop but may not be representative of expected results.

[1] The Company notes that these selected samples are not necessarily representative of the mineralization hosted on the Project.  Limited drilling has been completed within the Project.